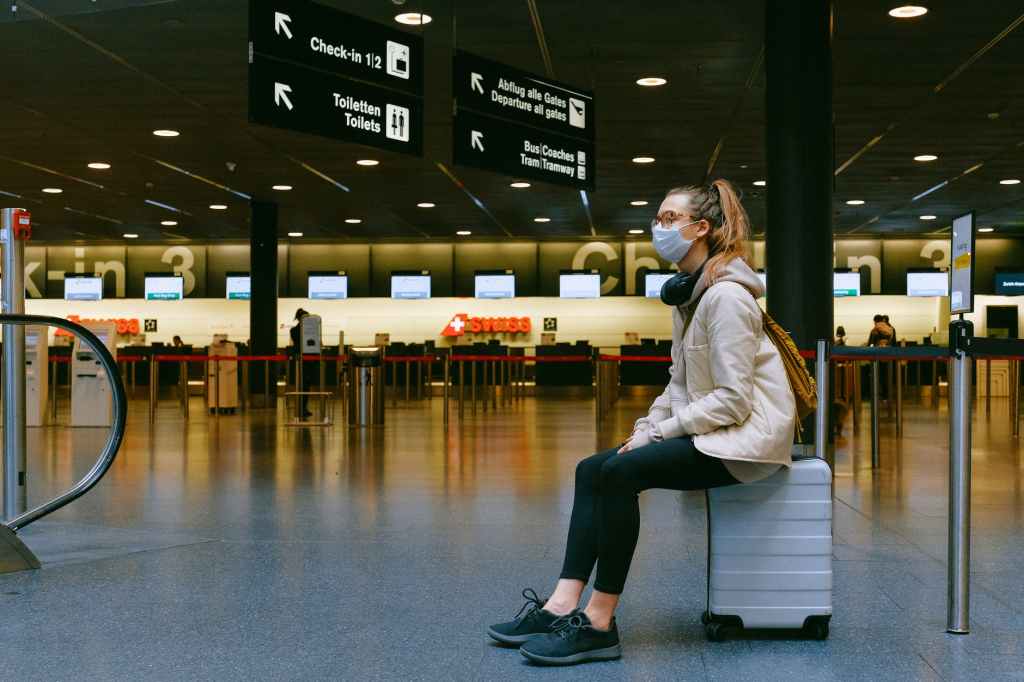 Photo by Anna Shvets on Pexels.com

As the world is starting to open back up, a lot of us are wonder what is travel going to be like?  We all know that things are going to be different but what can we expect going forward?  Will we still be able to go on those business trip? Are we still going to be able to take that weekend get away?

I recently travelled from London Heathrow to Miami International so I can hopefully give some answers to the question about what travel will be like.

Arriving at the airport via Uber, a few things immediately stand out.  The drop off area was almost completely empty, there were just a few people standing outside waiting around.  Walking into the airport there is a large sign saying “Passengers Only”, and as I enter the doors I was immediately greeted by a stand handing out face masks for anyone who did not have one.  It was required that I check in at the gate because most international travel is currently restricted.  Checkin was quick and easy and you wouldn’t expect that there was a global pandemic going on how friendly the employees were.

Going through security was largely the same as always, people still don’t seem to realize you need to take out laptops, take of belts, etc.  This by far was the longest part of the process.

Once through security it was a big shocking to get into the normally thriving Heathrow airport.  Nothing was opened aside from Boots, everyone was wearing masks, and it almost seemed like not all the lights were on.  For the short time I had to wait for my flight there was a very eerie feeling and everyone seemed on edge.  The nearly abandoned airport gave a somewhat post apocalyptic vibe, there was even a bird seemingly make itself at home due to lack of people.

Boarding the flight was one of the more enjoyable experiences I’ve had at an airport.  The gate agents called nearly all 8 boarding groups at once and given there were only roughly 50 people in economy on a Boeing 777, there was plenty of room for everyone.  I sat in the center section of seats and had all 4 all to myself with nobody in front or behind me.

Masks were required the entire flight, which is understandable, but smelling your own breath for a full flight (especially after being served food) was not the greatest experience, I would recommend people bring some gum or mouth wash if you plan on flying any time soon.

Before landing we were required to fill out a health form for the CDC which seemed to replace a landing card.

Upon landing only groups of around 25 were let off the flight at a time.  We were ushered to a group of people taking our temperatures and reviewing our forms.  From there we had to pass through the normal immigration which took record time given the lack of people and the fact that anyone on the flight to the US was either a citizen or a visa holder.  Exiting baggage claim into a completely empty airport was jarring once again but it was also a good feeling to be out of the airport and into fresh air after 11 or so hours.

iThere are no comments

Begin typing your search above and press return to search. Press Esc to cancel.